On a drizzly August morning, the inhabitants of the hill town of Sanover, Himachal Pradesh, wake up to the shocking news of the murder of the exquisite, secretive, malicious, and thoroughly immoral Devika Singh.

As Superintendent of Police Vishwanath Sharma begins to sift through the hidden secrets of Devika Singh’s life, it becomes evident that everyone who knew her seems to have a clear-cut motive for killing her.

Faced with the investigation of a crime that appears to have as many suspects as there are motives, Vishwanath Sharma probes the sinister web spun around a tangle of lies and deception.

This is a copy provided by the publisher and the author in exchange of an honest review. Thank you to them!

This book was an amazing surprise! I have to tell you that the author captivated my attention since the very begining to the end. The plot structure is one of things that I liked the most, to me a good book has to have these on point like a way to guide my reading.

Another thing I enjoyed was the clues given in a slow and measured way. The whole mystery environment was created around the unveiling gradually which in turn made my reading more addictive. There has not been the typical breakthrough of the development of history, which in my view has become quite a favor in the linear structure of events and as well my immersion in history. The boredom never arose in contrast the complexity was gradually increasing with interaction of the characters thus, demonstrating the density that a good thriller has to cherish.

One of the main characters, the investigator Sharma, was without a doubt one of the great engines for the whole plot. For me it was the character who most fascinated me in the sense of being a totally out of the ordinary investigator, he was aware of his abilities and not arrogant, cautious and not impulsive. More points to that!!

In addition, the author makes the effort to provide an accompaniment through the thought of each character in the unfolding, making everything even more interesting. In this prespective, the characters became more dense and not so artificial, demonstrating their fragilities and fears rather curious.

Regarding the story I found it dense and constantly changing, now I was thinking of a line of reasoning as following everything changed. From part two the story evolves into layers that are explored by the characters. Involved their past, the characters become dense and consequently everything makes this genre of book full of mystery and even more intriguing.

Another aspect that I liked to highlight is the fact that small points of Indian culture were introduced during the plot, so it was very pleasant to contact this dimension making everything even more real and cohesive. In addition, the author made the point of attaching a glossary that allows the reader to find out more about what they are reading about some words that appears. So it was a good idea!

One aspect that I didn’t liked so much was the fastest ending, not that it wasn’t good, because it was very fascinating! But I felt that I needed more layers to ending the story! Since the whole story was created that way, with density at least the ending should be that way too!

So all the conditions that I said before are reunited and detailed now and I can only say that is definitly a good thriller!!

Highly recomended to all that enjoy reading thriller and mysteries books.

Next to a Book!

This site uses Akismet to reduce spam. Learn how your comment data is processed. 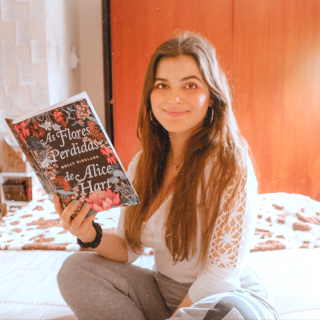 Create your website with WordPress.com
Iniciar
A carregar comentários...